BACK TO ALL NEWS
Pioneering spirit and belle époque 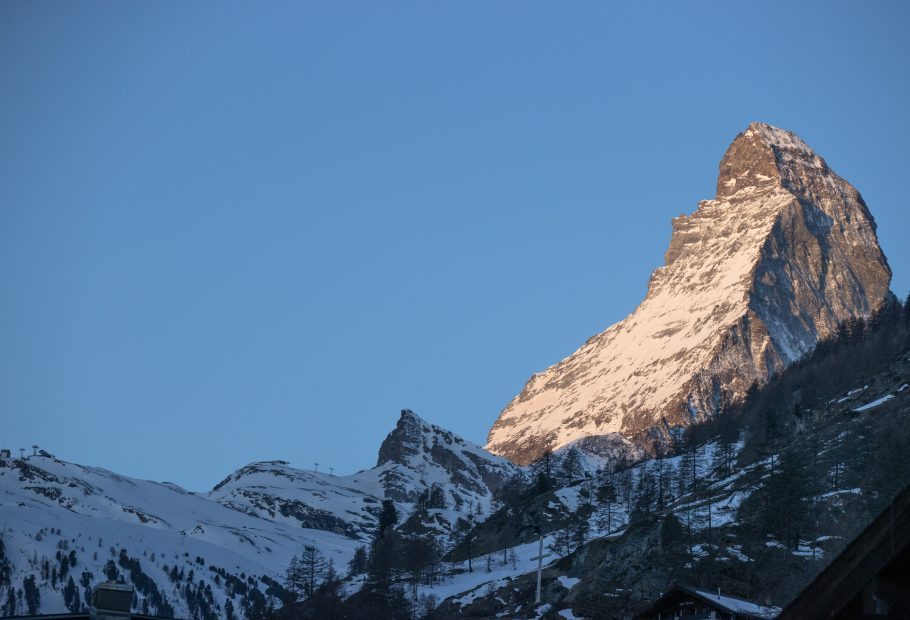 IT WAS FROM THE HOTEL MONTE ROSA THAT EDWARD WHYMPER SET OUT TO CONQUER THE MATTERHORN.

It was from the Hotel Monte Rosa that Edward Whymper set out to conquer the Matterhorn.

Zermatt, July 1865. In a parlour of the Hotel Monte Rosa a young Englishman and his six companions are poring over a map. The young man is Edward Whymper, and he is here to climb the Matterhorn. The ambitious mountaineer has already made seven failed attempts to conquer the colossal mountain.

Yet this time the odds are in his favour. On 14 July 1865, Whymper with his climbing party is the first man to reach the summit of the Matterhorn. His triumph is overshadowed by a tragic accident, however. On the descent, four of the men fall to their deaths from the north face of the mountain.

The story brings world fame not only to the young climber but also to Zermatt and the Hotel Monte Rosa. This one-time lodging for climbers now becomes one of the best addresses in Zermatt.

It is this legacy that lends the Monte Rosa its special magic. The hotel still exudes the pioneering spirit of those first mountaineers, their courage and faith in their own fortitude.

Tip: Whymper’s story is brought to life in this short film.

VISIT HOTEL
Thank you for your registration. You may now login using your credentials.
LOGIN